THE BEST IN AVIATION VIDEOS 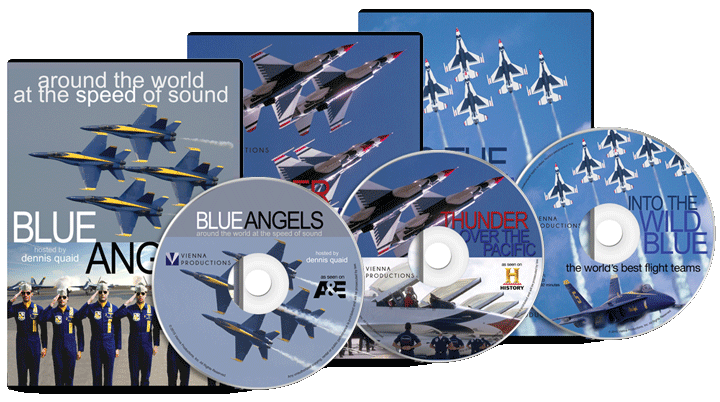 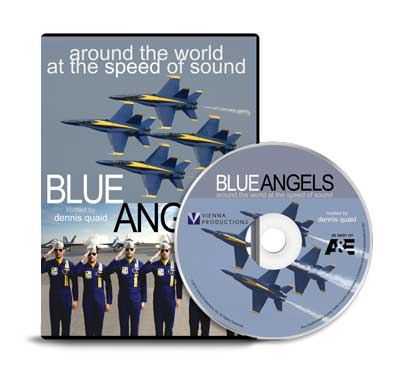 Purchase “Blue Angels: Around the World at the Speed of Sound”

Blue Angels: Around the World at the Speed of Sound

Strap yourself in for high-altitude history-making adventure – you’re about to experience the thrill, precision, and aerial artistry of the Navy’s Blue Angels. Host Dennis Quaid (The Right Stuff) opens the cockpit on this legendary squadron as they take off on their first European tour in 20 years. You’ll soar above Russia, where MIG fighters intercept and escort the Blue Angels – the first U.S. military flight demo team ever to appear in the former enemy’s skies. You’ll discover the team’s illustrious history through archival footage and interviews with pilots and crews. It’s a ride of a lifetime!

Watch a clip of the video 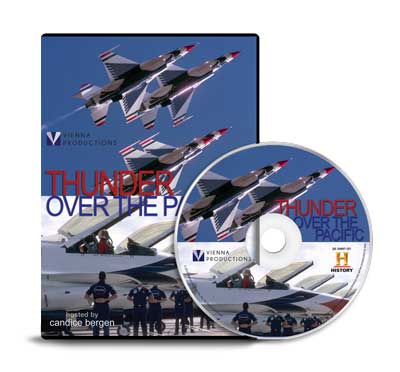 Purchase “Thunderbirds: Thunder Over the Pacific”

Thunderbirds: Thunder Over the Pacific

Go behind the scenes with the Thunderbirds on their historic Pacific tour.

Throttle up for the ultimate high-altitude adventure with the Air Force’s world-famous Thunderbirds! See rare footage of the team’s early flights, then join audiences from Alaska to Singapore as they thrill to the Thunderbirds’ awesome stunts and razor-sharp precision. And a cockpit camera captures the incredible spectacle from the pilot’s point of view! This high-energy spectacular is hosted by Candice Bergen (Murphy Brown) and includes a hit soundtrack featuring the Beach Boys and The Fabulous Thunderbirds. 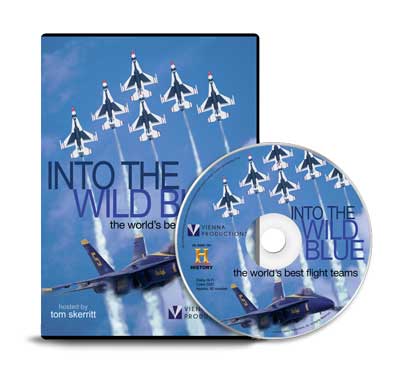 Purchase “Into the Wild Blue: the World’s Best Flight Teams”

Into the Wild Blue: The World’s Best Flight Teams

Get ready for high speed thrills as we soar through the skies with the world’s best aerobatic flight teams. Join host Tom Skerrit (Top Gun, Contact) as we go behind the scenes with teams and military squadrons from around the globe for an up close and personal look at some of the most extraordinary aerobatic flying ever caught on film. Co-pilot state-of-the-art aircraft and experience the excitement, precision, and aerial artistry of 20 elite teams including America’s Blue Angels and Thunderbirds, the Canadian Snowbirds, England’s Red Arrows, Japan’s Blue Impulse, the Brazilian Smoke Squadron, the Russian Knights and Patrouille de France. Meet the pilots and support crews of each team and watch history being made as these teams from around the world stage the most ambitious airshow ever attempted.

Watch a clip of the video